Shortly after taking over Virgin America, Alaska Airlines announced that it would convert Elevate points to Mileage Plan mile at a relatively generous rate of 1.3 to 1.

That’s nice of Alaska, but does it mean that Virgin flyers should rush to convert their points to Alaska miles?

As long as Virgin America and Alaska Airlines operate separate airlines, and separate loyalty programs, smart flyers should hold on to BOTH currencies.

Why? Because in some cases you’ll get better value redeeming your Virgin America points, and in other cases, it makes more sense to convert and redeem Mileage Plan miles. In other words, it depends…

My suggestion for Virgin America Elevate members: Go ahead and link your accounts, but hold on to your points until you have a specific flight to redeem them on. At that point, you can determine if you get better value by redeeming your points, or by converting them to miles.

Spectacular view of Honolulu at take off on Virgin America. Note the sparkles in the paint on the engine! (Chris McGinnis)

Here’s one of several emails I’ve received from readers that I’ll use as an example:

Chris: Alaska is sounding generous with the 1.3x multiplier but here’s the thing: Right now I can book a roundtrip flight between San Francisco and New York on Virgin for about 14,000 Elevate points. But how how much would it cost using Alaska miles? A minimum of 25,000 round trip, and maybe up to 40,000 or 50,000 miles.  So this is not a good deal at all for Elevate members — or am I missing something? — M.S.

The reason M.S. can book that Virgin flight so cheaply on points right now is that fares are relatively cheap on SFO-JFK during the cold winter months. And remember that Virgin awards are based on the cost of the ticket. Alaska’s mileage-based program offers domestic roundtrips at a flat rate of 25,000 miles (minimum). When prices rise later in the year, M.S.’s calculation would change, and it might make more sense for him to convert his Virgin points to Alaska miles. 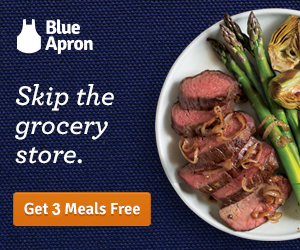 So…since it depends, the best advice is to hold on to your Virgin points until you have a specific redemption in mind. Remember that once your Virgin points are converted to Alaska miles, the deal is done– you can’t reverse the conversion.

If you have not already done so, you can link your Alaska and Virgin accounts here. For a full FAQ on both programs, see this. To make a conversion, go to this page.

Don’t give up the flexibility of being a member of both programs until you have to.

In the market for a new credit card? See our “Credit Card Deals” tab to shop around! It helps us help you!

Don’t miss out! Join the 150,000+ people who read TravelSkills every month! Sign up here for one email-per-day updates!